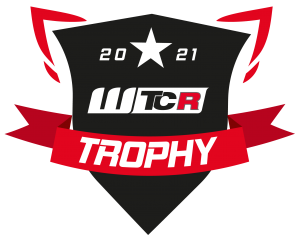 WHY CHANGE A WINNING FORMULA?
WTCR TROPHY FOR INDEPENDENT RACERS CONTINUES IN 2021

WTCR Trophy an instant hit and good form indicator
Capturing the spirit of the WTCC Trophy awarded to independent racers in the FIA World Touring Car Championship from 2005-2017, the WTCR Trophy proved an instant hit following its launch last June with seven registrations received ahead of the opening round.

Plenty of benefits on offer to WTCR Trophy racers
As well as chasing their own points and title, WTCR Trophy drivers will benefit from additional media exposure and promotional opportunities including dedicated TV interviews and social media posts. A section of FIAWTCR.com will be devoted to the WTCR Trophy, while drivers will take part in their own podium celebration and carry a WTCR Trophy logo on their car and overalls.

Vernay: WTCR Trophy a fantastic experience and a great platform
Jean-Karl Vernay raced in the WTCR with support from Audi’s customer racing department between 2018 and 2019. He then won the inaugural WTCR Trophy driving an Alfa Romeo Giulietta Veloce TCR by Romeo Ferraris for Team Mulsanne, claiming seven category wins and a 20-point winning margin over Gilles Magnus. “It was a fantastic experience to be in a little team with a lot more responsibility and I really loved it,” Vernay said. “We did great, got quicker and quicker and fought for the overall podium with our limited resources. It was a good challenge for me and I took it very seriously, putting in so much effort. We can all be proud of what we have achieved. It’s a great platform to compete at the front in the WTCR.”