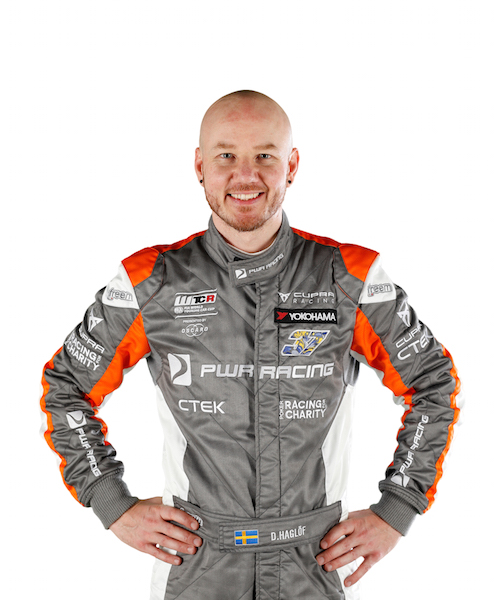 Huge achievement: Haglöf, PWR Racing’s CEO, co-founder and driver, said: “I’m really looking forward to be competing on an international level again. I’m driving against the very best in this category of racing. To be doing it with the team that me and Poker have built together is a huge achievement.”

Strong season: He scored two wins and six podiums in the Scandinavian Touring Car Championship in 2018.

Double champion: Previously, Haglöf has achieved success in one-make categories in his homeland, including the Volvo S60 Challenge, which he won outright in 2002 and 2004.

Did you know? One of Haglöf’s biggest successes was his capture of the Swedish GT title in 2015.