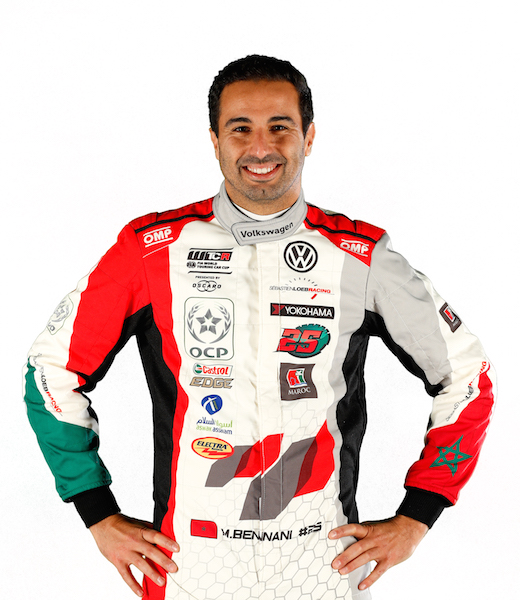 History-maker: After making his WTCC debut in 2009, he established himself as an ever-present in the series and became the first Arabic driver to win an FIA world championship motor race in Shanghai in 2014.

If at first you don’t succeed… Joining WTCC newcomer Sébastien Loeb Racing for 2015, Bennani just missed out on that year’s WTCC Trophy but went one better the following season.

Lead leader: He was classified sixth at the end of the final WTCC season in 2017 having led more laps than any of his rivals and winning outright three times.

Did you know? Trilingual, Bennani enjoys playing squash and going to the gym when he’s not racing his Volkswagen Golf GTI TCR in WTCR / OSCARO.