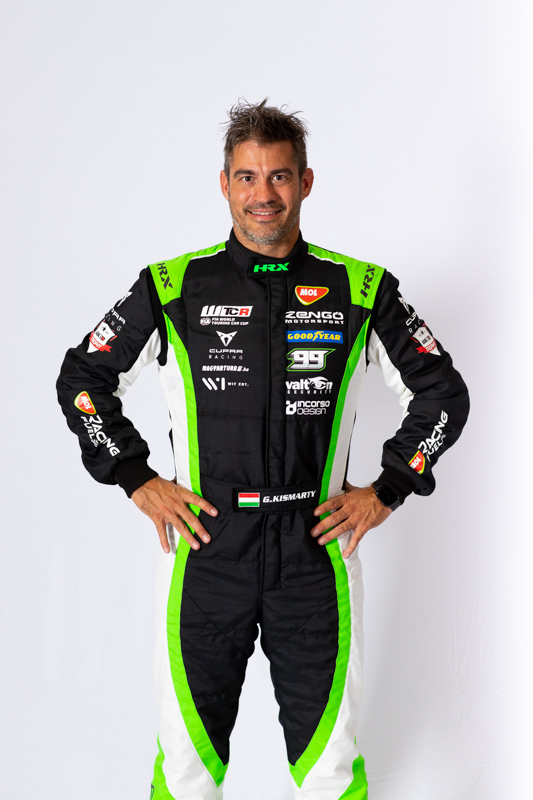 Big dream: “I am nearly 44 years old and I will make my debut in WTCR. I think that my example shows it’s never too late if you have a big dream.”

Motorsport a passion: “For me, it’s a passion. Also, I have a company that is working in the racing business as an exclusive dealer. I am spending my time next to the circuit let’s say. That’s my life, beside my family motorsport is always there, my second love.”

Keeping fit: “I was doing sport my whole years. I was an ice hockey player when I was young. Then I played tennis and many, many different sports. I am playing tennis twice a week minimum and there is a Fit4Race programme in Hungary that one of my friends is doing. It’s a special practice for racing. I am doing this as well and it’s quite helpful. In the last couple of years, it is helping me a lot to be more focused during the races. Usually three or four times a week I am doing sports activities.”

Did you know? Kismarty-Lechner, who has also competed in rallycross and hillclimb events, used to race against Norbert Michelisz in the Hungarian Suzuki Cup. In more recent times he came up against Bence Boldizs and Attila Tassi.

“I started racing nearly 20 years ago and I was racing only with Zengő Motorsport since then. I started with a Suzuki Swift and finally won this category five years ago. Besides the Suzuki 12 years ago we started to do 24-hour races with my team-mates. Until now I did more than 10 races and have three podiums. In 2016 I started to use a SEAT race car in the Hungarian championship, and in the very first year we became the champion with my team-mate Csaba Tóth in the Endurance category. Three years ago we won the FIA-CEZ Championship with the same car in TC-3500 category. All together I have six Hungarian titles in different categories and the FIA-CEZ champion title. Last year I tried rallycross and I have finished in the Hankook Racer Cup category in the third place, right behind my team-mate Bence Boldizs.”