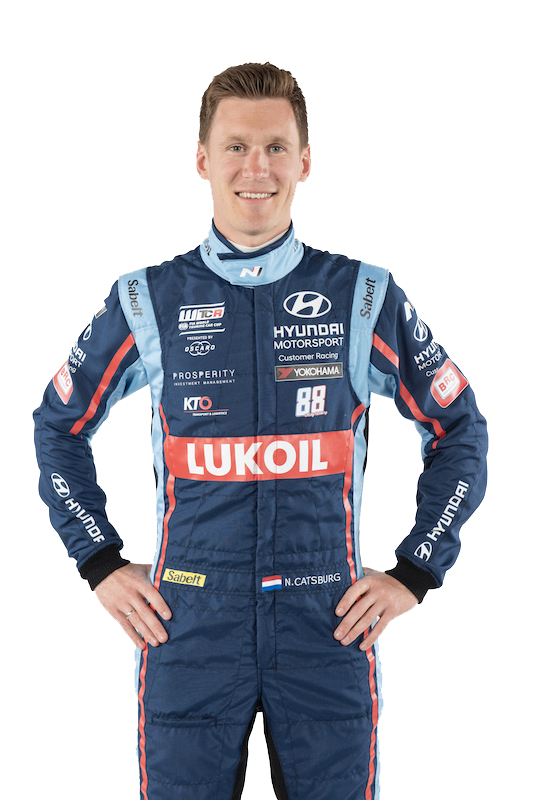 Multi-skilled: Dutchman Catsburg is well known for his versatility having gained experience in single-seaters, sportscars and touring cars. And he’s been a winner in all those disciplines too, while established a glowing reputation as a driver coach.

Been here before (kind of): While the 2019 season will mark Catsburg’s first campaign in WTCR / OSCARO, he’s no stranger to FIA World Touring Car racing with 58 starts – and two victories – in the WTCC to his name.

Sensational start: And it was a sensational start to life in the WTCC when he finished fourth in only his second race at the wheel of a factory LADA Vesta at the Moscow Raceway midway through the 2015 season.

Busy year: Catsburg’s 2019 programme will also include campaigns in the FIA World Endurance Championship and Intercontinental GT Challenge as a member of the factory BMW squad.

Did you know? Catsburg’s first taste of TCR machinery came when he tested a Hyundai i30 N TCR at the Autódromo Internacional do Algarve in December 2018.