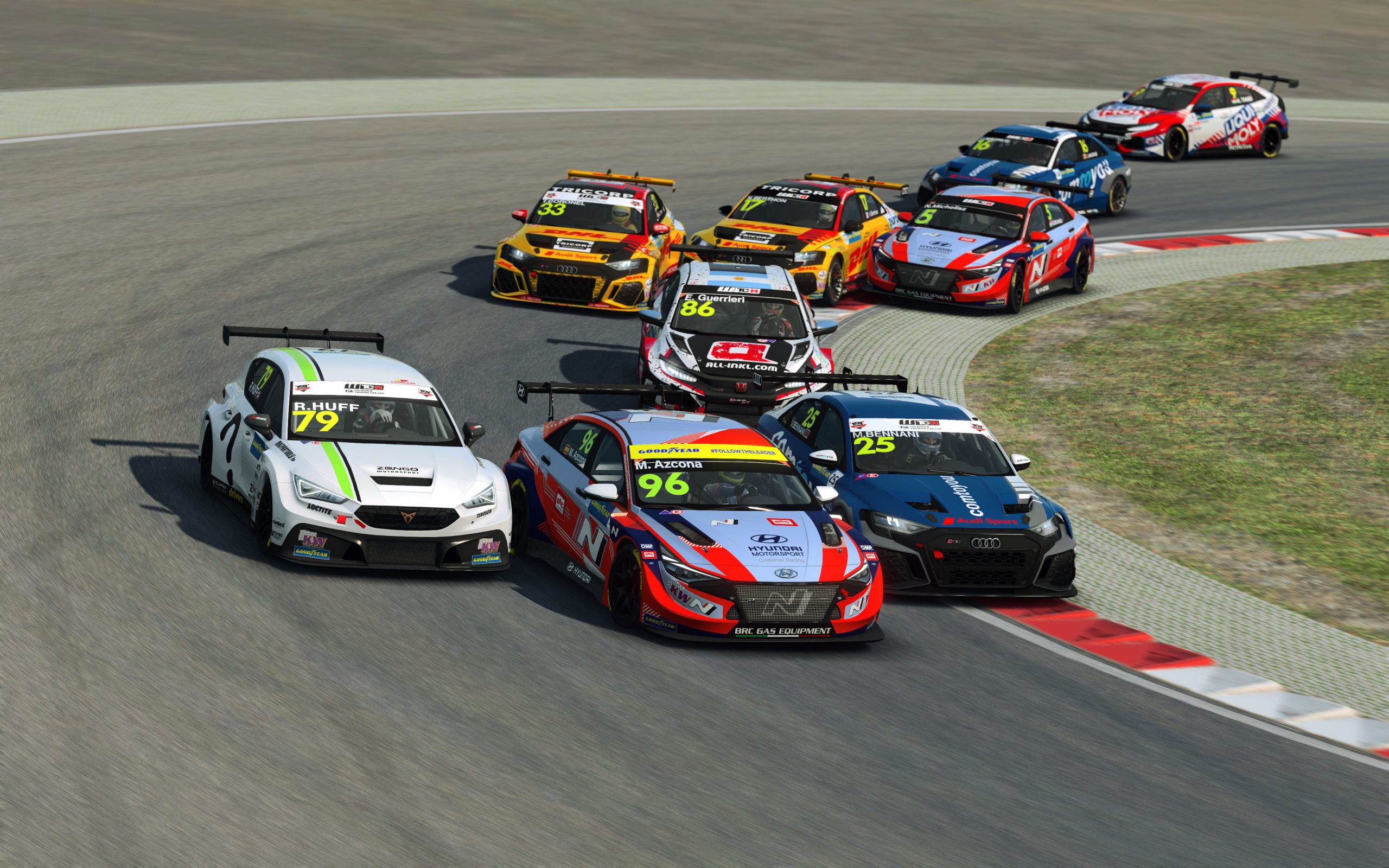 BACK BY POPULAR DEMAND: NEW-LOOK ESPORTS WTCR IS GO!

The new-look Esports WTCR, the online version of the WTCR − FIA World Touring Car Cup from Discovery Sports Events, is go with a three-round Shoot-out season ahead of a five-event competition starting in January 2023.

Part of a long-term and successful alliance with RaceRoom Racing Experience, Esports WTCR is the perfect platform for simracers to experience doorhandle-to-doorhandle FIA World Touring Car action and also get the opportunity to race against some of the real-life WTCR stars who compete online from time to time to keep in competitive shape.

The top 20 teams after three rounds choose their own liveries, but incorporating existing sponsor and partner placement, for the main season kicking off in January 2023. The deadline for livery design submissions is January 3.

FIVE ALIVE FOR EXCITING CHALLENGE
The five-event main season, featuring a maximum of 32 drivers on the grid for each race, including the 20 permanent esports drivers who qualified through the Shoot-out, will take place as follows:

All event racedays will be streamed live on RaceRoom’s and WTCR’s social media channels. A €10,000 prize pool is provided by long-term WTCR series partner KW Suspensions.

Jean-Baptiste Ley, WTCR Director, Discovery Sports Events, said: “As we wait with great anticipation for the season-deciding WTCR races in Bahrain and Saudi Arabia in November, the new-look Esports WTCR will create plenty of excitement and interest within the online racing community − which continues to expand around the globe − and among WTCR fans and motorsport fans as a whole. We’ve seen just how high the level of simracers is and, through Norbert Michelisz, the 2019 King of WTCR, we know what’s possible when drivers who have excelled racing virtually get the opportunity to race for real. We thank our partners at RaceRoom Racing Experience for all their work and expertise behind the scenes and we can’t wait for the online battles to begin.”

Holger Stangl, Head of RaceRoom Events and Esports, said: “Touring cars have a long tradition in RaceRoom. I believe through the long-term relationship with the WTCR, RaceRoom is actually able to offer the best possible realism of virtual touring car racing out there. I am very excited about the upcoming new official Esports WTCR season. Together we have chosen a great selection of tracks and participants can look forward to a sporting format that will be new to the Esports WTCR. We hope to bring more continuity for drivers and spectators through a partially fixed starting grid, giving the top esports teams great team exposure and still giving everyone the chance to join in and reshuffle the championship at any stage. So I can only encourage everyone to join in and become part of this thrilling Esports WTCR season ahead of us.”

Esteban Guerrieri, WTCR race winner for Honda-powered ALL-INKL.COM Münnich Motorsport and prolific online racer, said: “For me racing can be anywhere, on the race track or on the simulator behind the computer. But the fact that you are racing challenges you in the same way, the mental focus, the intensity, the pressure of competition, whatever you need to do to be fast and to be consistent it’s the same approach for racing on the track or in simracing. It’s great and I really like it. It’s good for anyone who wants to compete and have the feeling of competition. Esports WTCR is a great way to do it at a high level and I really enjoyed the championship we did with the simracers in 2020 because the challenge was really high to try to be close to them.”