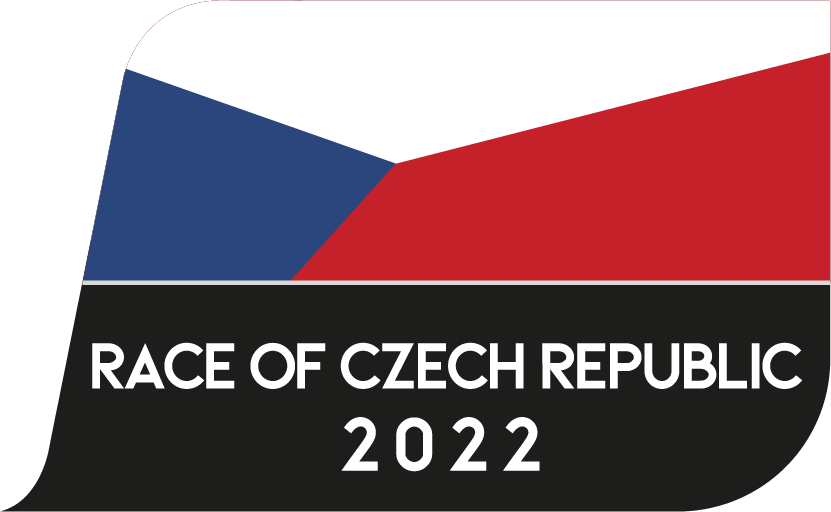 In 100 words: Autodrom Most joined the WTCR – FIA World Touring Car Cup roster for the first time in 2021 having previously hosted the 2017 FIA European Touring Car Cup finale. Located approximately 70 kilometres north of the Czech capital Prague and within easy reach of German cities Dresden and Leipzig, the venue was the setting of two action-packed races as part of The Most World Weekend, which included the deciding round of the 2021 FIM Endurance World Championship. The track layout offers an exciting blend of medium-speed and high-speed sweeps and turns with a long start/finish straight leading to an ultra-tight chicane.

RACE REPORT: 10 FROM 10 AS GIROLAMI AND MICHELISZ MAKE THE MOST OF THEIR OPPORTUNITIES TO WIN IN WIDE-OPEN WTCR

*Guerrieri back in the title fight with double podium

Top 5 provisional standings after Round 10

The WTCR − FIA World Touring Car Cup boasts an incredible 10 winners from 10 races after Néstor Girolami and Norbert Michelisz became the latest drivers to top the podium in the all-action series when it visited Autodrom Most in Czech Republic for the first time.

By finishing third in Race 1 and hot on Guerrieri’s heels in fourth place in Race 2, Cyan Racing Lynk & Co’s Yann Ehrlacher remains the Goodyear #FollowTheLeader with an increased 20-point margin over new second-placed driver Guerrieri heading to his home event, WTCR Race of France, at Circuit Pau-Arnos next weekend (October 15-17).

Although a first victory of 2021 got away from CUPRA-powered Race 2 polesitter Mikel Azcona after he slid wide on exiting the first corner, the Spaniard’s second place and capture of the TAG Best Lap Trophy completed a memorable weekend for the Zengő Motorsport driver. Azcona flew back to his native Spain after WTCR Qualifying on Friday to secure his second TCR Europe title by taking a comfortable victory in yesterday’s first race before he flew back to Czech Republic late last night to take part in the two WTCR counters.

RACE 1 REPORT: IT’S CZECH MATE AS GIROLAMI LEADS FELLOW HONDA-POWERED ACE GUERRIERI FOR FIRST 2021 WIN
Néstor Girolami headed Esteban Guerrieri for an ALL-INKL.COM Münnich Motorsport 1-2 to score his first victory of the year in Race 1 at WTCR Race of Czech Republic as the FIA WTCR − World Touring Car Cup made an eventful debut at Autodrom Most.

Girolami, the ninth winner from nine WTCR races, started second on the partially reversed grid, survived trouble at Turn 1 and then lead all the way as Guerreri’s sister Honda Civic Type R TCR held off Goodyear #FollowTheLeader Yann Ehrlacher throughout the 15-lap race to claim second.

Racing resumed on lap four as Girolami, who had also been knocked sideways at Turn 1 after the start, made a clean escape at the front. His team-mate Guerreri had made impressive gains from ninth on the grid, took an inside line at Turn 1 and avoided the trouble − and jumped straight up to second. He now put up a fine defence, keeping Ehrlacher − up to third from seventh on the grid − at bay throughout a tense race.

“That was tough,” said a delighted Girolami. “I knew Turn 1 was going to be complicated. I was hit and went flat out to recover from that. I want to thank the team, Honda and the sponsors. Now in Race 2 we have a good chance for more points.”

Behind Guerrieri, Ehrlacher was happy to score a podium to consolidate his advantage at the top of the WTCR standings. “Really valuable points, I’ll definitely take that,” he said.

RACE 2 REPORT: 10 FROM 10 AS MICHELISZ BEATS AZCONA IN MOST
Norbert Michelisz made it 10 winners from 10 races in the 2021 FIA WTCR − World Touring Car Cup as he beat pole position starter Mikel Azcona in Race 2 at WTCR Race of Czech Republic following a red flag interruption at Autodrom Most.

BRC Hyundai N LUKOIL Squadra Corse driver Michelisz took the lead after Azcona was slowed by a big slide as he exited Turn 1, allowing the Hungarian to gain the momentum out of Turn 2. Meanwhile, there was plenty of action behind them.

Just as in Race 1, the field concertinaed at the first corner as the drivers piled in hard on the brakes. After multiple contacts Gabriele Tarquini, Santiago Urrutia – second in the WTCR points coming into the race – Rob Huff and Attila Tassi were all out, with three of the four cars stuck in the gravel traps. The race was stopped to allow the damaged cars to be recovered safely.

The race restarted behind the Honda Civic Type R Limited Edition Safety Car. Michelisz made a strong restart and although Azcona chased him hard and exerted major pressure in his Zengő Motorsport CUPRA Leon Competición, the Hyundai Elantra N TCR just had enough win. “Congrats to Mikel because he didn’t make my life easy,” said Michelisz, who victory was his first since Malaysia in 2019. “After the start I knew I had to go for it and I put in 15 qualifying laps which at this circuit is not easy. Thank you to the team because the car was working great. It is fantastic to win.”

Behind the top two, Esteban Guerrieri got the better of Yann Ehrlacher from the second row at the start, the former claiming his second podium finish of the weekend in his ALL-INKL.COM Münnich Motorsport Honda Civic Type R TCR. The Argentine was forced to work tirelessly or his third place as Ehrlacher chased hard, but fourth place allowed the Goodyear #FollowTheLeader to consolidate his advantage at the top of the WTCR points table. He now heads Guerrieri by 20 points.

Nathanaël Berthon made up for his Turn 1 retirement in Race 1 by finishing fifth in his Comtoyou DHL Team Audi Sport entry, ahead of Yvan Muller’s Cyan Racing Lynk & Co 03 TCR. Luca Engstler was seventh in his Engstler Hyundai N Liqui Moly Racing Elantra N TCR, with the Audis of Frédéric Vervisch, Gilles Magnus and Tom Coronel completing the top 10.

Wildcard entry Petr Fulín finished P11 in his CUPRA Leon Competición, with Tiago Monteiro (Honda), Bence Boldizs (CUPRA), Jean-Karl Vernay (Hyundai) and Thed Björk (Lynk & Co) also scoring points. But for Vernay, P14 was a poor return when he lost a potential sixth place to a drive-through penalty, incurred for his car not resting on its wheels at the three-minute board before the restart.

RACE 1: Néstor Girolami (ALL-INKL.COM Münnich Motorsport, Honda Civic Type R TCR)
“I was really worried before the start, in front of me T1 is really tight and I knew that somebody can overshoot easily from the inside line because it’s very dirty, so I was already downshifting to first gear so that was the secret to try to come back from that hit, because I went flat out to try to recover and make it happen for T2 and it worked. But the important thing is that we were working very well in terms of how much grip was available at the start because it was completely different as before and also in the starts earlier where we take practice. So the engineers did analysis and it worked, so thanks to them. And then during the race we tried to keep conserving the tyres. I got in info that Attila got a puncture and that was in the middle of the race and there were still five or six laps left. I tried to not complicate Esteban with dirty air so I made a gap every time the engineers asked me, but at the end I think we managed very well. So congratulations ALL-INKL.COM, all the team, all the crew, my crew especially. They are really hard workers and they deserve it, and also for Honda it’s a very nice 1-2, so congratulations Esteban. I missed this feeling to get a 1-2 so thank you to the team. And congratulations to Yann for P3.”

RACE 2: Norbert Michelisz (BRC Hyundai N LUKOIL Squadra Corse, Hyundai Elantra N TCR)
“I felt it was a long time coming, that a race victory would come. To be honest it was one of the most difficult races of my career because when I saw I was in front and Mikel was behind I just realised that I needed to give it 100% and fortunately the car was just great. I mean I was attacking, sometimes I was sliding a bit but the balance was just great. In the end I managed to do 15 laps without any big mistakes. But I really enjoyed this fight. From the outside I’m not sure all the people understood what was happening but this race I gave it 110% from lap one until the end. Having Mikel in the mirror is not the most comfortable thing in life as a race car driver. This made it a bit more tricky, but in the end I had confidence in myself and in the car. Thanks to the team again for setting up the car so great. And in the end as a race car driver if you have a tool like I had today, I don’t want to say it’s easy but you have the confidence and then you can push without any big mistake. But congrats to Mikel because it was just amazing to fight like this and to Esteban because he did two fantastic races today. But I’m very happy for myself to be honest. It’s just the confidence boost I wanted and needed.”