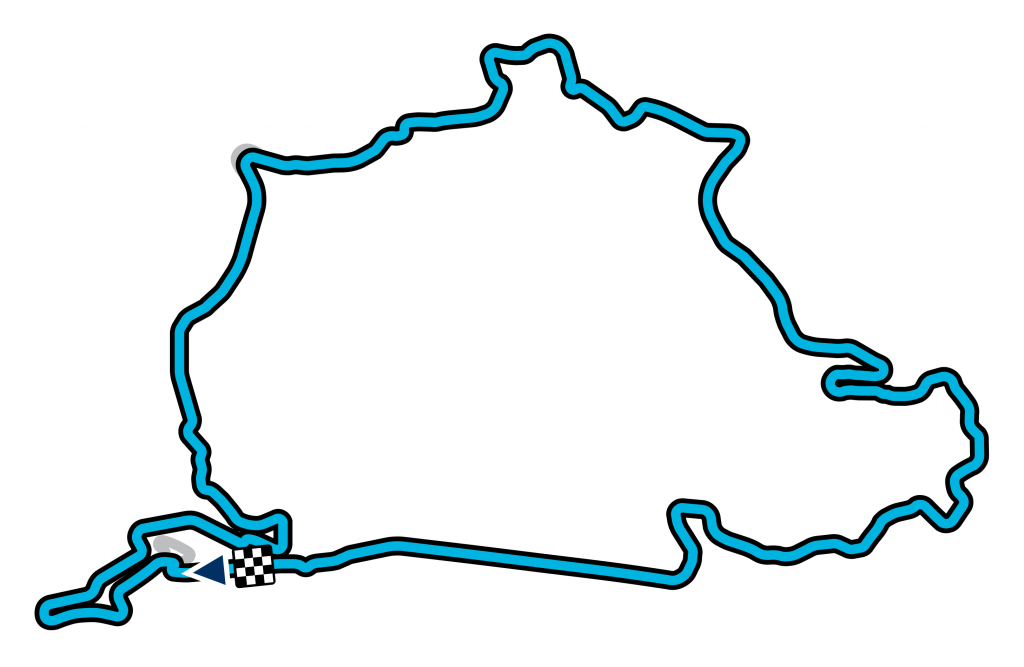 THE CHALLENGE
Germany’s WTCR host venue offers a challenge like no other with its daunting 25.378-kilometre lap, 64 heart-stopping corners and changeable Eifel mountains weather. Opening for business in 1927 and a German Grand Prix regular until Niki Lauda’s near-fatal accident in 1976, the Nürburgring Nordschleife joined the FIA World Touring Car Championship schedule from 2015-2017 as part of the ADAC Zurich 24h Rennen weekend. The WTCR took over in 2018 and delivered even more action with Yvan Muller, Esteban Guerrieri and Thed Björk winning. Former DTM champion René Rast took part as a wildcard and was fast but out of luck.

Kristoffersson, who switched to the series for 2019 as the double FIA World Rallycross champion, claimed the Race 2 laurels – and the TAG Heuer Best Lap Trophy – only to crash out of Race 3 in spectacular fashion while avoiding another incident, thankfully without injury.

Having finished sixth in Race 2, German Leuchter made the most of his DHL Pole Position to win Race 3, making it a double triumph for the SLR-run Volkswagen Golf GTI TCR on the legendary Nürburgring Nordschleife. Leuchter fended off a strong start from Esteban Guerrieri (ALL-INKL.COM Münnich Motorsport Honda Civic Type R TCR) at Turn 1, then controlled the pace brilliantly from the front to score a landmark victory.

Guerrieri made a flying start from the second row, despite a clutch issue plaguing him for much of the warm-up lap. The Argentinian briefly took the lead into T1, but the Golf had a better line out of T2. At the end of lap one, Guerrieri got a strong run on Leuchter on along the two-kilometre Döttinger Hohe straight and almost drafted into the lead, but the home hero just clung on.

The moment allowed Comtoyou Team Audi Sport’s Frédéric Vervisch, up from P7 on the grid, to get a run on Guerrieri and the Belgian passed the points leader on the start/finish straight to claim another second place, following his runner-up spot in Race 2. Guerrieri would settle for third, extending his points lead to 45 as main title rivals Norbert Michelisz and Thed Björk both stopped.

There was a titanic scrap over the final podium position, which Guerrieri’s team-mate Néstor Girolami recovered to score after falling behind early on. Passed by Vervisch on the opening lap, Girolami’s first bid to retake third was stumped by a defensive Vervisch along Döttinger Höhe.

With Girolami taking to the grass briefly and both slowing each other down as they jostled for position, both were stunned when Rob Huff slipstreamed them both to take third, though Girolami did manage to pass Vervisch’s Audi RS 3 LMS.Girolami then edged ahead of Huff on the final lap, going wheel-to-wheel down Döttinger Höhe. Huff was fourth but was somewhat lucky to finish at all, clashing with Yvan Muller at Turn 2 on lap one.