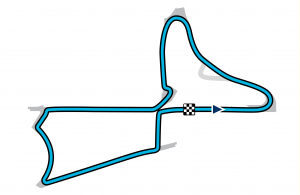 THE CHALLENGE
Transformed from street circuit to semi-permanent race track for 2016, Circuit Moulay El Hassan is located in the heart of Marrakech’s bustling hotel district. Built to FIA Grade II standards, the layout is the work of Hermann Tilke’s renowned architecture agency and offers impressive views of the Atlas Mountains and Marrakech city wall. But with a compact lap of 2.971 kilometres (down from 4.545km previously) and a sprinkling of tight, wall-lined turns, there is no time for WTCR drivers to take in the scenery, which was certainly the case when Marrakech hosted the inaugural WTCR OSCARO event in April 2018.

RACE RECAP 2019
Thed Björk saved his best to last with an historic Race 3 victory at WTCR AFRIQUIA Race of Morocco – the first in an FIA world-level event by a Chinese manufacturer.

Driving a Lynk & Co 03 TCR developed by Geely Group Motorsport from China, Björk inherited P1 from team-mate Yvan Muller and resisted intense pressure from DHL pole-sitter Frédéric Vervisch to follow Esteban Guerrieri and Gabriele Tarquini as a winner on the streets of Marrakech.

But it was Björk who left Morocco on top on the #ROADTOMALAYSIA, where the 2019 season concludes in December, with a five-point advantage over Guerrieri. ALL-INKL.COM Münnich Motorsport headed the Teams’ standings by 12 points in front of Cyan Racing Lynk & Co.

Meanwhile, there were mixed emotions for home hero Mehdi Bennani. After posting two DNFs, the Moroccan hit back with P12 in Race 3 and the TAG Heuer Best Lap Trophy in his Sébastien Loeb Racing Volkswagen Golf GTI TCR.