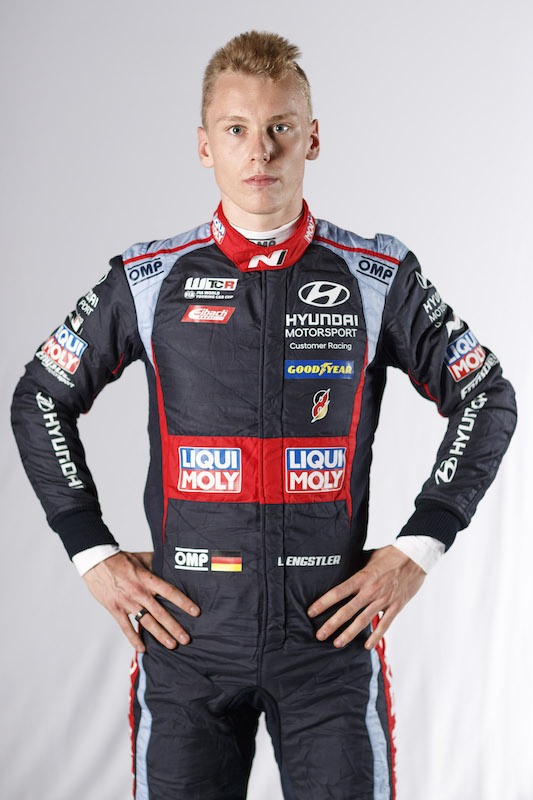 From the football pitch to infinity: The German youngster will carry the #8 on his Engstler Hyundai N Liqui Moly Racing Team Hyundai Elantra N TCR and this is why: “Since I started to do any sport my number has always been #8. It began when I was playing football, and then when I moved into motorsport, racing in karting, Formula 4 and finally TCR series around the world. I originally chose it because my birthday is 8 March, but I never changed it, except for the times where I am the champion! Apart from then I would like to keep the #8 for the rest of my racing career, so it’s quite good that the number − on its side − represents infinity.”

Did you know? Engstler spent lockdown during the first wave of the COVID-19 pandemic living with his parents in Wiggensbach, Bavaria, training hard and preparing his own meals to ensure a healthy diet.