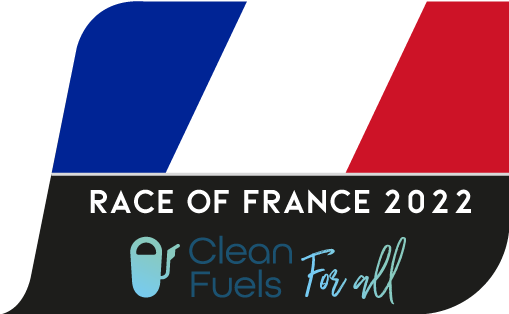 In 100 words: FIA international-level racing returns to the streets of Pau for the first time since 2018 with the revival of the world-famous Grand Prix de Pau in southwest France. Having previously hosted the FIA World Touring Car Championship between 2007 and 2009, Circuit de Pau-Ville lies 20 kilometres east of Circuit Pau-Arnos, the setting of the inaugural WTCR Race of France in October 2021. Pau has been home to car racing of varying types since the 1930s with legends such as Jim Clark, Juan Manuel Fangio, Lewis Hamilton, Sébastien Loeb, Jackie Stewart taking victories on the challenging undulating layout over time.

The 2022 WTCR − FIA Touring Car World Cup got off to a sensational start on the streets of Pau with wins for Néstor Girolami and Mikel Azcona, but frustration for King of WTCR Yann Ehlacher who twice finished outside the podium.

Hosting FIA World Touring Car racing for the first time since 2009 as part of a combined event with the opening event of the inaugural FIA ETCR eTouring Car World Cup, Circuit de Pau-Ville attracted thousands of fans with hot and sunny conditions helping to create a true festival atmosphere.

Azcona’s win in Race 2 followed a dramatic start when his BRC Hyundai N Squadra Corse team-mate Norbert Michelisz collided with fellow front-row starter Attila Tassi (LIQUI Moly Team Engstler). Although several cars suffered contact as they threaded their way through the incident, racing quickly resumed with Santiago Urrutia putting Azcona under pressure at the restart, albeit to no avail. Ehrlacher was on course to follow Urrutia home in third but a damaged tyre forced him to pit.

The Frenchman’s delay let in China’s Ma Qing Hua to round out the podium places for Cyan Performance Lynk & Co on his return to the WTCR after two seasons away. By finishing seventh, Girolami is the Goodyear #FollowTheLeader with a narrow seven-point advantage over Guerrieri with Azcona one point behind Guerrieri.

RACE 1: Néstor Girolami (ARG) ALL-INKL.COM Münnich Motorsport, Honda Civic Type R TCR
“It was really nice to start the season like that and to get a 1-2 at Pau for the first race of the season feels so good. We knew the key thing of the race was the start and we did it well. It was very similar to Esteban. We turned around in P1 and somehow controlled it a little bit, the tyre degradation was consistency high and I didn’t want to use the kerbs because I knew for the tyres it’s not the best. Mid-race I was just trying to survive and I was also informed one Audi had a puncture on the front left so I was even more cautious about that. I would say it is so difficult to go in the car slow at a street circuit because you are prepared to go 100 per cent, and when you start changing reference it can be even more tricky, so you have to be even more focused about this. It is so difficult to slow down. That’s why I tried pushed every lap and tried to do it quick, because if you slow down too much you lose the focus and your concentration is going down, then the mistake happens. I tried to keep 80-90 per cent of the pace and that’s how I finished the fight.”

RACE 2: Mikel Azcona (ESP) BRC Hyundai N Squadra Corse, Hyundai Elantra N TCR
“I’m really happy, an amazing race. First of all I’m very sorry for my team-mate Norbi, I hope he’s well. For the race to start my first weekend with Hyundai Motorsport and BRC with a win on the streets of Pau, my first time here, is amazing. I have to say the track is awesome. The car felt amazing through the whole race, especially at the beginning. I was able to make a good distance from Urrutia from the middle of the race until the end. Degradation on the front tyres was very good, so I was able to keep the car in one piece until the chequered flag. I was checking the mirrors in the crash at the start because Urrutia did a better launch than me, so I was checking him just to defend myself. Suddenly I looked to the front and saw all the cars in front of me and I needed to avoid it in a very short time. I’m sorry for Norbi, I need to see the video.”