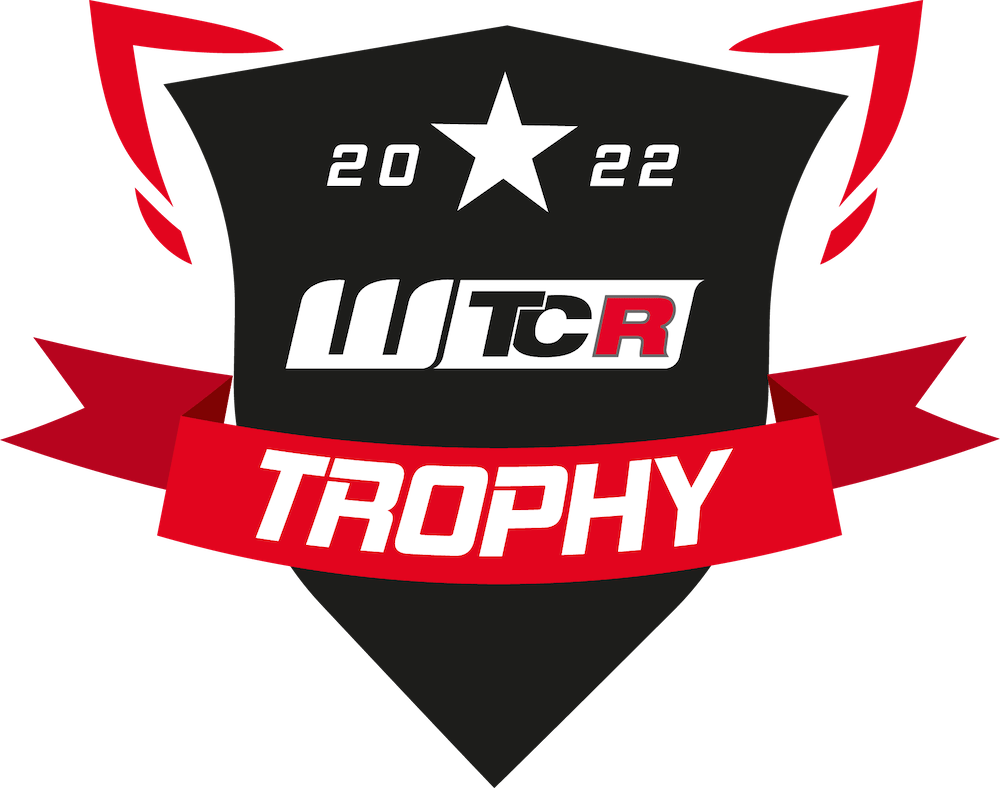 New for 2022
Wildcard racers will be eligible for WTCR Trophy points for the first time. This will give local heroes and rising talents added incentive to build their experience at international level in the WTCR, while also comparing their performances against season-long racers. Previous FIA World Touring Car Championship (WTCC) title winners will also be able to chase points.

Plenty of benefits on offer to WTCR Trophy racers
As well as chasing their own points and title, WTCR Trophy drivers will benefit from additional media exposure and promotional opportunities including dedicated TV interviews and social media posts. A section of FIAWTCR.com will be devoted to the WTCR Trophy, while drivers will take part in their own podium celebration and carry a WTCR Trophy logo on their car and overalls. Drivers will also be able to invite sponsors to the WTCR Business Lounge with admission passes available on a first come, first served basis.

WTCR Trophy an instant hit and good form indicator
Capturing the spirit of the WTCC Trophy awarded to independent racers in the FIA World Touring Car Championship from 2005-2017, the WTCR Trophy proved an instant hit following its launch in June 2020 with seven registrations received ahead of the opening round that year.

With Berthon and Vernay both securing drives with teams supported by customer racing brands for 2021, it was left to Coronel and fellow Audi RS 3 LMS driver Gilles Magnus to fight for last year’s title with Magnus coming out on top for Comtoyou Racing. Bence Boldizs was classified third for Zengő Motorsport Drivers’ Academy, while Target Competition trio Andreas Bäckman, Jessica Bäckman and Nicola Baldan all scored points.

Magnus adds 2021 WTCR Trophy to growing collection of silverware
Supported by the RACB National Team initiative from the Belgian ASN, Gilles Magnus added the 2021 WTCR Trophy to the FIA Junior title he won in 2020. Magnus was also one point away from wining the Junior award for a second season only for contact at WTCR VTB Race of Russia to put him out of the action and hand the crown to Luca Engstler instead. Looking back on his 2021 campaign, which included a breakthrough outright race victory in his Goodyear-equipped, Comtoyou Racing-run Audi RS 3 LMS, Magnus said: “My performances have been good, the team and Audi Sport has seen that. I can be happy.” Magnus secured the WTCR Trophy title one event ahead of schedule after he completed the WTCR Race of Italy weekend out of rival Tom Coronel’s reach. Coronel was also part of the Comtoyou Racing structure, competing under the Comtoyou DHL Team Audi Sport banner, and eventually finished second to Magnus after claiming seven category wins to the nine scored by Magnus. The Dutchman trailed his rival by 29 points in the final WTCR Trophy table.

Vernay: 2020 WTCR Trophy a fantastic experience and a great platform
Jean-Karl Vernay raced in the WTCR with support from Audi’s customer racing department between 2018 and 2019. He then won the inaugural WTCR Trophy driving an Alfa Romeo Giulietta Veloce TCR by Romeo Ferraris for Team Mulsanne in 2020, claiming seven category wins and a 20-point winning margin over Gilles Magnus. “It was a fantastic experience to be in a little team with a lot more responsibility and I really loved it,” Vernay said. “We did great, got quicker and quicker and fought for the overall podium with our limited resources. It was a good challenge for me and I took it very seriously, putting in so much effort. We can all be proud of what we have achieved. It’s a great platform to compete at the front in the WTCR.”

Belgian star credits WTCR Trophy for Audi Sport customer racing official driver chance
Gilles Magnus followed Jean-Karl Vernay in underlining the importance of the WTCR Trophy by securing a huge career boost. The 22-year-old has been added to Audi Sport customer racing’s official driver squad for 2022 following a standout 2021 WTCR − FIA World Touring Car Cup campaign, which included claiming his maiden outright victory in the series and winning the WTCR Trophy. Magnus succeeded Vernay by lifting the WTCR Trophy and emulating the Frenchman’s achievement of landing an opportunity with a customer racing department for the following season. After winning the inaugural WTCR Trophy in 2020, Vernay joined Hyundai Motorsport Customer Racing’s WTCR effort for 2021. “The WTCR Trophy is a great initiative to have a series within a series,” said Magnus. “Because the level is really high with the big guys it’s almost impossible to compete against them in your first year. So it’s good to have this series for the young drivers and it proves you can become a professional if you do well in the WTCR Trophy. I did everything I could to win the WTCR Trophy. My goal ever since I started my career was to be with a brand like Audi Sport, it’s such a famous name and it makes this reward 10 times better. I cannot put my emotions into words, but it’s just great and this adventure is only just starting.”

CLARIFICATION
Contrary to a communication issued on February 18, Discovery Sports Events, promoter of the WTCR − FIA World Touring Ca Cup, confirms there will be no WTCR Trophy Europe awarded in 2022. It means there will not be a WTCR Trophy Europe run within the framework of the WTCR and that TCR Europe remains the only series to award a European title for the TCR category.