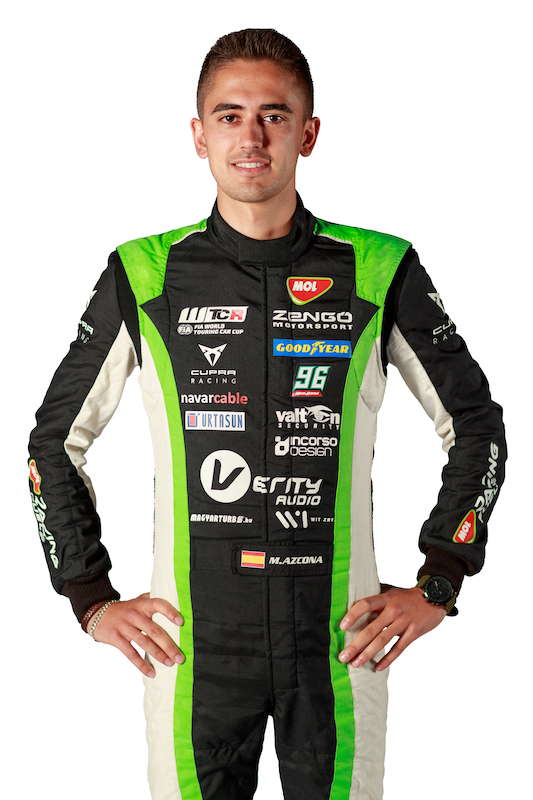 Hot property: Azcona stepped up to WTCR for 2019 as one of the sport’s hottest properties following his standout 2018 campaign, which included a victory and four podiums on his way to the TCR Europe title.

Rivalry reignited: His inclusion in PWR’s WTCR attack for 2019 meant he continued his rivalry with fellow young gun Attila Tassi. The 20-year-old from Hungary placed fourth in the 2018 TCR Europe table.

High regard: Jaime Puig, Director and Head of CUPRA Racing, said of Azcona: “His performance [in 2018] is proof of his skills and personality. He has taken his youthfulness as an asset. I expect the best.”

Super-happy: Upon landing his deal to race a CUPRA TCR for PWR Racing in 2019, Azcona said: “I feel super-happy. It’s going to be an exciting season full of great challenges. I look forward to the hard work in front of me, to be competitive in this tough field full of world champions.”

Did you know: Before his step up to TCR Europe, Azcona had forged a reputation as a one-make specialist with strong results in the SEAT León Eurocup and Clio Cup España.