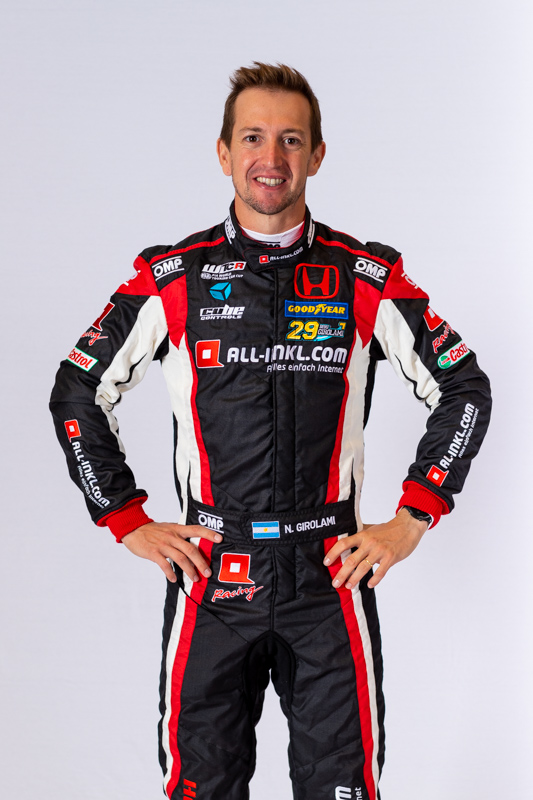 Honda homecoming: ALL-INKL.COM Münnich Motorsport’s decision to include Girolami in its 2019 WTCR line-up represented a kind of homecoming for the Argentine. He was Honda-powered for myriad touring car championships between 2010 and 2011, while his FIA World Touring Car Championship debut at the Slovakia Ring in 2015 was in a NIKA International-run Honda Civic WTCC. Girolami impressed from the outset in the WTCC with a point-scoring finish in his first race. And he would score again on his second of two appearances in 2015 when he placed eighth in Race 2 in Vila Real.

Victorious for Volvo: After a highly competitive showing on a one-off outing for the Volvo Polestar WTCC team in 2016, Girolami was recruited for its 2017 WTCC attack. But although he didn’t disappoint with victory at WTCC Race of China and helping the make to the Manufacturers’ championship, he looked to his homeland for his 2018 racing fix, competing for Peugeot in Súper TC2000 once more.

A winner again in World Touring Car racing: A three-time WTCR winner in 2019, Girolami began the 2020 season in the best way possible by finishing first in Race 1 at WTCR Race of Belgium.