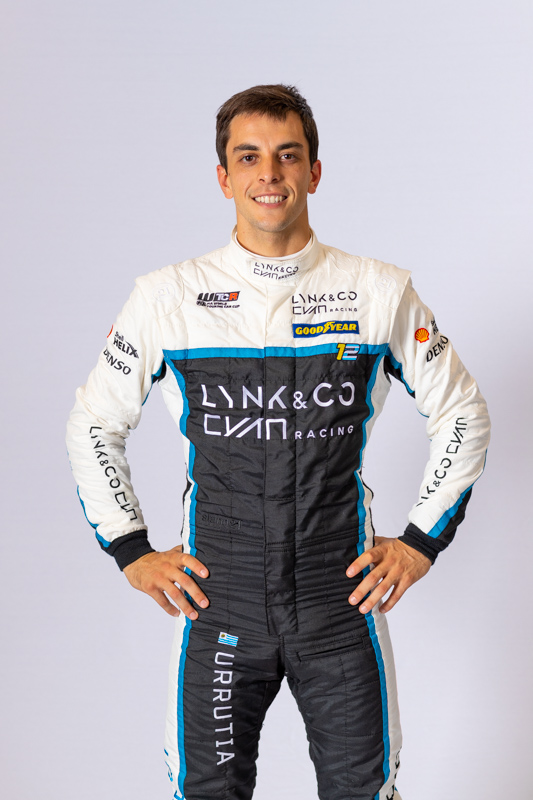 From two wheels to four: Urrutia has his grandfather, a Formula One fan, to thank for getting him started when he bought him a motorbike to ride around the family farm in southwestern Uruguay. But after a “big crash” in a motocross event, his mother, a school teacher, took out a bank loan to buy her then five-year-old son a go-kart as a ‘safer’ alternative.

Karting against the best: Following success racing karts in his homeland, Urrutia broadened his horizons and ultimately ended up competing in the CIK-FIA World Cup in Braga, Portugal in 2010, the catalyst to a racing career. “It was the first time I flew to Europe. There was Alex Albon, Max Verstappen, Charles Leclerc and Esteban Occon. I was running third in the pre-final, Max was leading the race, second was Alex Albon and we crashed with each other. At the time I couldn’t speak English but I was super-mad with Max Verstappen and I talked to him in Spanish.”

In pursuit of a dream: Urrutia’s performance in Braga earned him the offer of a full-time drive for 2011, which meant a switch to Europe. “My parents let me go to live in Europe. I left my house when I was 14 to follow my dream.”

Lights, action: Following title joy in the Pro Mazda Championship in 2015, Urrutia stepped up to Indy Lights, where he spent three successful seasons. He finished runner-up in 2016 and 2017 and was third in 2018. He completed his stint with eight wins.

Did you know? The youngest of two children − his sister is four years older and has recently qualified as a doctor – ‘Santi’ graduated to the WTCR for 2020 as the TCR Europe Rookie of the Year via a four-way driver shootout. He completed his maiden campaign with a standout victory at MotorLand Aragón.