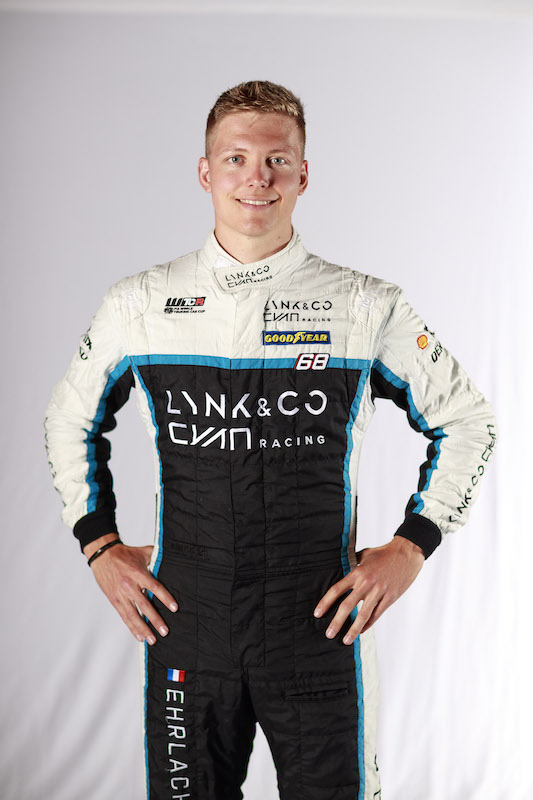 Racing is in the blood… Ehrlacher’s uncle is none other than four-time World Touring Car champion Yvan Muller. His mother, Cathy, was a respected single-seater racer in her own right competing in Formula 3 and Formula 3000. She was pregnant with Yann when she won her final race.

Unconventional start: Skipping karts completely, Ehrlacher began racing in the Volkswagen Scirocco Cup in Germany before contesting the Mitjet 2L series with Yvan Muller Racing, winning the French championship in 2014. Title success in French Supertourisme followed before Ehrlacher joined the LMP3 ranks in the European Le Mans Series in 2016, driving a Ligier JS P3 for his uncle’s team and winning his class at Estoril.

Quick learner: Ehrlacher scored WTCC points on his second weekend in the championship in 2017 and was a winner eight races later, claiming a standout first place for RC Motorsport in Argentina.

The man who would be King: The following season Ehrlacher scored two wins in WTCR in an ALL-INKL.COM Münnich Motorsport Honda Civic Type R TCR and led the title standings after a highly impressive performance at WTCR Race of Netherlands. He joined the Lynk & Co-powered Cyan Racing for 2019 and became King of WTCR the following season on the back of three race wins.