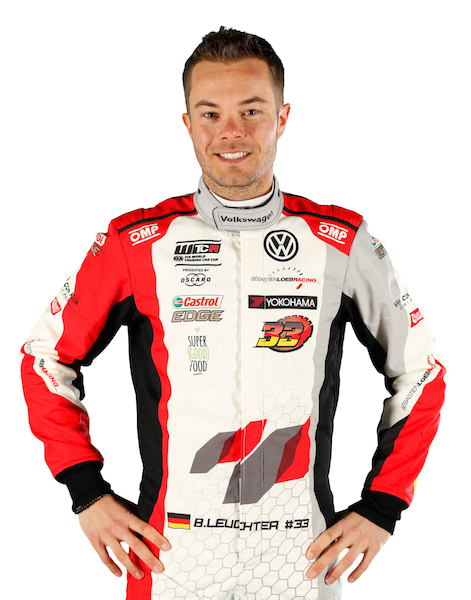 Testing times: Leuchter might only have experience of two tracks on the 2019 WTCR / OSCARO schedule prior to the start of the new campaign, but he does have ample knowledge of the Volkswagen Golf GTI TCR that he’ll race having played a key role in its test and development phase.

Long distance, no problem: Having raced in karting and single-seaters in the past, Leuchter has formed a strong reputation in long-distance events, particularly the Nürburgring Nordschleife-based VLN Endurance Championship.

Nice words from the boss: Commenting on Leuchter’s WTCR / OSCARO announcement, Volkswagen Motorsport Director Sven Smeets said: “I am delighted that we were able to get Benjamin Leuchter to move to the WTCR. Benny has been part of the Volkswagen family for years and was involved in the development of the Golf GTI TCR right from the start. His results speak for themselves and he did a fantastic job during the testing – both on the track and in collaboration with the engineers.”

Did you know? Leuchter holds the front-wheel-drive production vehicle lap record at the Nürburgring-Nordschleife. He clocked a 7m47.21s in a Volkswagen Gofl GTI Clubsport S