The 2019 WTCR – FIA World Touring Car Cup presented by OSCARO will be decided on Sunday night with four drivers in title contention after 27 all-action races.

Norbert Michelisz remains in the ascendancy having taken a DHL Pole Position double on Friday to build a 15-point advantage over Esteban Guerrieri, who will join him on the front row of the grid for the final race of the season.

Yvan Muller and Thed Björk remain in the title fight, 21 and 38 points adrift of Michelisz respectively. Although two tough qualifying sessions on Friday have hit their hopes, 75 points remain up for grabs during Sunday’s three counters, meaning it’s far from certain who will be crowned King of the WTCR at Races of Malaysia.

Earlier today they met members of international media at the Sepang International Circuit and this is what they had to say about their title prospects.

“We are in a bit better position than starting the weekend but you have to say it’s 75 points on the table and I’m 15 in front, nothing is decided. It’s not the time to lean back and to get excited about the qualifying yesterday. We could be happy after the second qualifying a bit but today it’s all about preparing for tomorrow. I don’t want to pretend that we are not in a good position because we are but still it’s a very long way to go. To be honest I feel confident.”

“It’s quite open I have to say. I’m a bit surprised Lynk & Co are not on the pace, we all thought they would be up there like in Macau. But from our side, after having such a difficult weekend in Macau, to start with Hondas in the top three in all races is very positive. Norbi has a 15 points gap and it’s quite a margin but still we have 75 left. I would say I am 9/10 happy at the moment.”

“Of course after qualifying we are quite far away. About the Drivers’ championship pretty much we don’t have our destiny in our hands but I think it’s over.  Now the target is to fight for the Teams’ championship but even that will be difficult. We have a look at all the different possible scenarios. It will be tough but we will do our best. We are still fighting, we are still on it.” 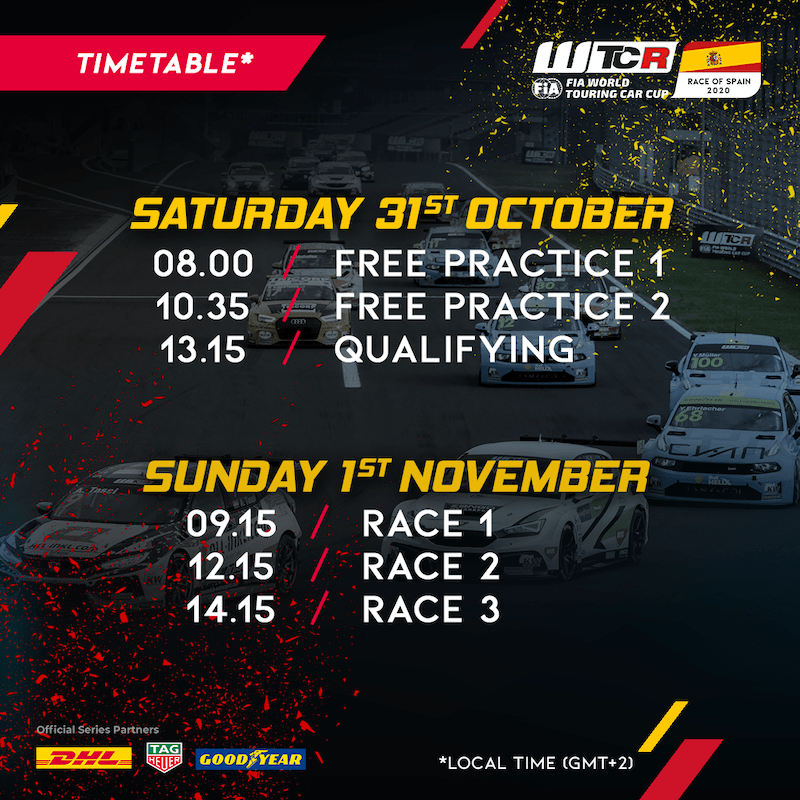